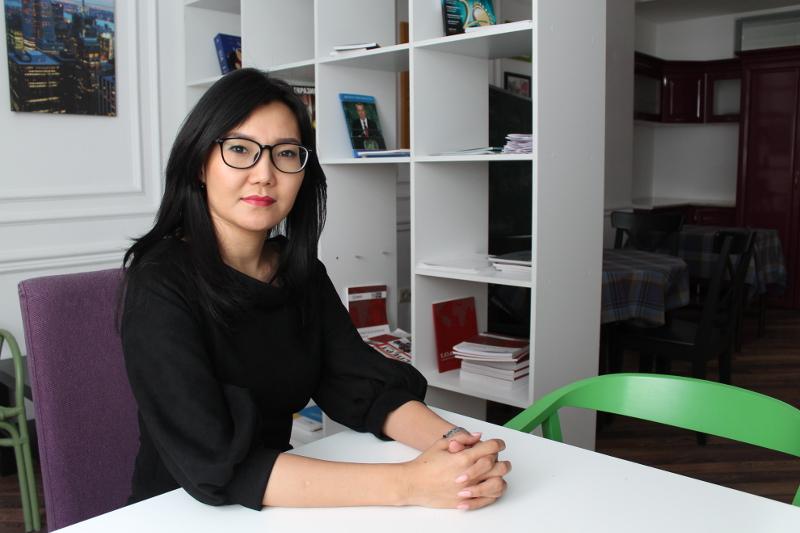 Nadira Myrzagalieva: the development of PPP will go with a decrease in the burden on the budget

<p><span style=”font-size:16px”>NUR-SULTAN. KAZINFORM &ndash; the Development of public-private partnership will go in the direction of reducing the burden on the state budget. This was reported by Vice-President of the front office of the Kazakhstan Center of public-private partnership Nadira Myrzagalieva, the correspondent of MIA &quot;Kazinform&quot;. &quot;At the enlarged meeting of the Government on July 15 this year, the Head of state noted 9 main issues of development, 4 of which to some extent affect the need for a tool of public-private partnership. First, as part of the industrialization of the country, the need for tourism development was noted. In this direction, the company &quot;Kazakh Tourism&quot; was established, the State program of development of the tourism industry of the Republic of Kazakhstan for 2019-2025 was adopted. As the world experience shows, the mechanisms of public-private partnership and measures of state support are one of the main factors of the dynamic development of the tourism industry. In countries with developed tourist infrastructure, the industry is developing with the active support of the state and private investment. Positive international experience in the development of tourism with the use of various schemes of public-private partnership makes it possible to implement projects in the field of tourism with the involvement of private investment. In this direction, the Kazakhstan PPP center plans to develop a program of PPP in the framework of the state Program of development of the tourism industry for the replication of certain types of projects, including the creation of sanitary and hygienic centers in the most visited tourist areas,&quot; N. Myrzagalieva said. According to her, in the field of agriculture the most interesting from the point of view of the development of public-private partnership are the construction, repair and modernization of water supply and sanitation, the introduction of new irrigated areas. At the same time, as N. Myrzagalieva noted, PPP models can be implemented only if water supply and sanitation services are cost-effective. In rural areas, where the concentration of consumers of these services is insufficient, it is possible to conclude contracts for the provision of services and leases, for which small private companies operate, repair and maintenance of small infrastructure of public utilities. In this regard, as well as taking into account the trends of development of projects without payments from the budget, the possibility of preparing optimal schemes of payback of projects through tariffs is being considered. At the same time, the formation of tariffs will take into account the purchasing power of the population. Further, N. Myrzagalieva noted that in order to increase the interest of business in the previously unattractive sectors of the economy, to provide services that are traditionally the responsibility of the state, as well as to minimize risks for business, at one time many projects were structured with state support measures. For 3.5 years of existence of the Law on PPP the number of projects amounted to 565. &quot;Now we can talk about the need to move from the number to the quality of PPP projects, which involves reducing the financial burden on the budget and increasing the interest of business to earn on the assets provided by the state in the form of property and property complexes. To this end, the Ministry of national economy has defined 3 categories of projects since the beginning of this year: I category &ndash; with full reimbursement of investments and operating costs of the private partner from the budget; II category &ndash; with partial reimbursement of investments from the budget and from services from the market; Category III &ndash; without compensation from the budget, compensation occurs at the expense of services,&quot; &ndash; said N. Myrzagalieva. Another promising direction for the development of PPP, she said, is the strengthening of the education and health care system. It works with line ministries and business representatives, together with NCE &quot;Atameken&quot;. In the Ministry of education and science, within the framework of simplified procedures of the program PPP, a direction is already working to provide students with places in hostels and provide schoolchildren with food in schools. Additionally, the Kazakhstan center of PPP joint work with the Ministry towards the introduction of per capita funding to private schools and provision of school-age children year-round recreation camps, sanatoria, camp sites, national parks and other recreational areas. Together with the Ministry of health, the procurement of medical equipment for cancer is being worked out within the framework of the PPP program.</span></p>

Previous Conducting an internal analysis of corruption risks in the Kazcenter PPP Next What is the state ready to provide for business?